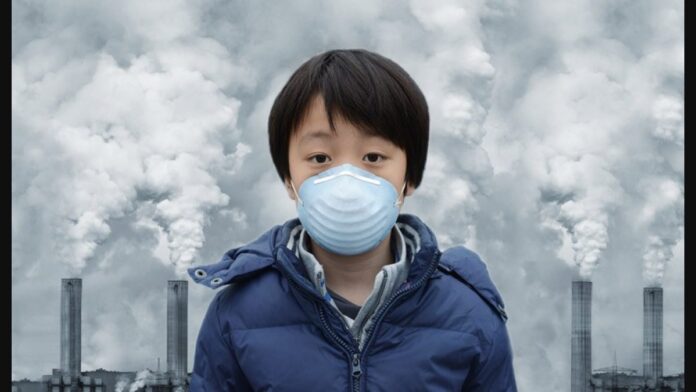 The BMJ Open journal recently published findings that showed an increase in hospital visits among children with Autism Spectrum Disorder (or ASD) who were regularly exposed to toxic air. Self-injury, aggression, and hyperactivity were identified as some of the common reasons for hospital admissions.

ASD is a developmental and neurological disability that impacts the way people communicate and interact with others, their behaviour, and their ability to learn. Children with ASD often have repetitive behaviours, difficulty in fulfilling work or school functions, and only have a limited number of interests. They also have a difficult time communicating and interacting with others.

If a child with ASD is exposed to air pollution, even if only for a short time, they can develop neuroinflammation and systemic inflammation, which often require hospitalisation. Compared to adults, children are more vulnerable because their nervous systems are still developing and therefore more sensitive and open to environmental exposures. This was the primary reason why researchers decided to focus on short-term air pollution exposure and how it can aggravate Autism Spectrum Disorder symptoms among children.

The Seoul National University researchers conducted their study between the years 2011 and 2015 in 16 regions of the Republic of Korea. It specifically studied hospital admissions involving school-aged children with autism. Researchers gathered data for six days and collected details on ozone or O3, nitrogen dioxide or NO2, and PM2.5 or fine particulate matter.

According to the study, even small increases in fine particulate matter levels bring up hospitalisation admissions for autistic children by at least 17%. Meanwhile, if ozone and nitrogen dioxide increase by 10 parts per billion, hospitalisation risks go up by 3% and 9% respectively.

The study’s authors believe that the findings are an indication of how important it is to consider reducing toxic air exposure when dealing with Autism Spectrum Disorder symptom management. If this is taken for granted, the implications on economic costs and a person’s quality of life can be life-changing.

Another important finding the research uncovered is the fact that boys with autism are more susceptible to hospitalisation risks compared to girls.

Emissions and how they tie into the Dieselgate scandal

Diesel vehicles used to be the first and only option for thousands of drivers, but this was before the diesel emissions scandal broke.

It was September 2015 when US authorities sent a notice to the Volkswagen Group in connection to the carmaker’s use of illegal defeat devices in VW and Audi diesel vehicles sold in the American market. The devices are designed to cheat on emissions testing. VW denied the allegations at first but then eventually admitted that they knew about the defeat devices and how these would help sell their vehicles as clean and environmentally safe.

A few years later, US authorities focused their attention on Mercedes-Benz for the same reason: the use of defeat devices. The carmaker has denied the allegations several times even though they have already paid (and continue to pay) millions in fines, legal costs, and compensation. Mercedes has also recalled thousands of vehicles for engine correction.

Other carmakers have also been implicated in the diesel emissions scandal, including popular brands such as Renault, BMW, and Nissan.

What defeat devices do

A defeat device uses technology that allows it to determine when a vehicle is in regulatory testing so that it can temporarily bring down emissions levels to within mandated limits. To authorities, the vehicle appears eco-friendly even if it is not. Outside the laboratory and when driven in real-world conditions however, the vehicle emits considerable amounts of nitrogen oxide. So, this makes it a pollutant.

NOx is a highly reactive category of gases that has NO2 and nitric oxide (NO) as its main components. It has adverse impacts on a person’s health and can easily destroy the environment. It produces acid rain and smog and contributes to the formation of ground-level ozone, a pollutant that adversely affects vegetation.

A person who is exposed to NOx emissions can experience several impacts. Cognitive abilities can be affected, which means the chances of developing dementia are higher. In some cases, mental health symptoms are triggered and one can go through periods of anxiety and depression.

A person’s life can change after they are exposed to nitrogen oxide emissions. They can develop certain conditions, including asthma, nausea and vomiting, and breathing difficulties. It is also possible for them to have fluid in their lungs. For high-level exposure, the effects can be more serious, such as laryngospasm cardiovascular diseases, and asphyxia. The most devastating effect, however, is premature death.

The NOx gases that Mercedes and other diesel vehicles emit are the reasons why affected car owners should make a claim against their carmakers. All the inconveniences drivers went through – environmental, health-related, and financial, have to be compensated. Their potential lying to their customers is also a valid reason for making a diesel claim.

If you believe your vehicle has a defeat device, visit ClaimExperts.co.uk; verifying your eligibility to make a claim is the first thing that you should do if you plan to bring a diesel claim against your carmaker.